Without doubt Whitby Abbey occupies the most dramatic location of all of Yorkshire`s many fine Abbeys. Most are tucked away in gentle pastoral landscapes, not so the Abbey at Whitby.

Virtually nothing remains of the early Abbey structure. What we see today are the ruins of the magnificent building that was started in the 1220`s by Abbot Roger and progressed throughout most of that century.

Its lands and power were considerable but finally succumbed to destruction along with the other Abbeys during the dissolution of the monastaries. It took a scant two years and by 1540 all the great Abbeys were in ruins. 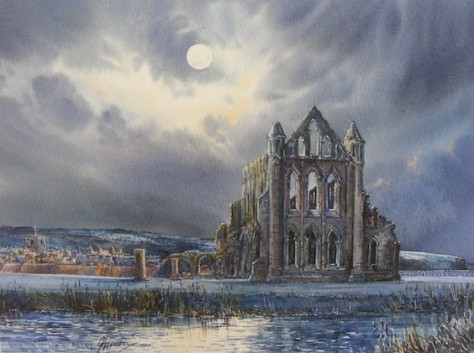