This romantic study by John Freeman shows the iconic image of the Abbey under a moonlit sky with the pantile roofs of the town nestling in the valley below. 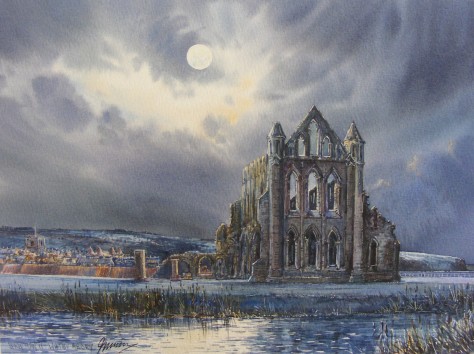