Moonlight and lit windows create dancing reflections across the water whilst the smoke from the cottages drifts upwards in the still air. Signed Giclee` Print approx 20"x15" 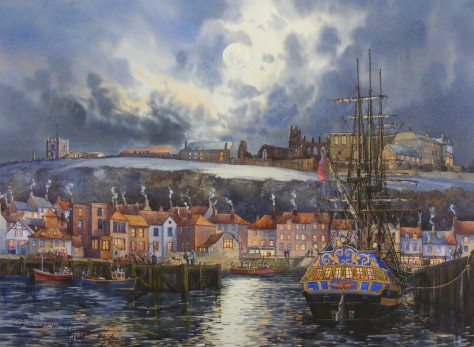 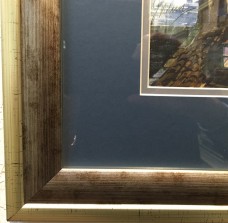