This study depicts the scene in the late 1800`s when the Whitby lifeboat was hauled out of its boathouse (now the RNLI museum) and lowered down the slipway beside the West pier to go to the aid of ships in peril.

A modern day lifeboat crew brought out the “Robert and Ellen Robson” to allow John to record the images of the task of getting the lifeboat into the sea.

This combination of recent co-operation and period images have come together to create a study which celebrates the heroic efforts of Whitby`s lifeboat crews past and present. 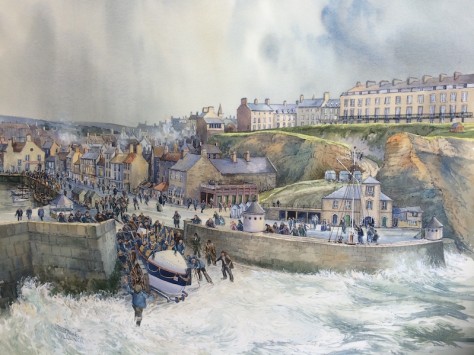